Experts explain the symptoms to look out for and how it can harm your health.

Ever since I was a kid, I could be caught engaged in elaborate daydreams—a long car ride or a boring movie were merely excuses to zone out and create more intriguing fantasies in my head. Because of my romantic tendencies, oftentimes these daydreams centered around my imaginative future relationships. When I tell you I’ve visualized countless scenarios of me walking down the aisle, I’m not exaggerating. But it’s clear that the daydreams became a repository for all my hopes. And if I’m being completely honest, they housed all my anxieties and fears around the things I feared wouldn’t come true.

All the hours I’ve spent living inside my head led me to the question: Are daydreams helpful projections of future life plans, à la “the power of positive thinking”? Or could they be potentially harmful, molasses-like entities that trap us into patterns of stasis and inaction? When attempting to unpack this question, I stumbled upon the concept of maladaptive daydreaming.

What is maladaptive daydreaming?

Coined in a 2002 research paper by Israeli psychology professor Eli Somer, the term “maladaptive daydreaming” refers to an intense form of compulsive daydream behavior. Somer defines the condition via email to Hellogiggles as “a special capacity for vivid, fanciful, and fantastical forms of daydreaming that can create a rewarding, powerful sense of presence and involves detailed scenes of events that are not part of the person’s current reality.”

Jayne Bigelsen, a researcher who has worked closely with Somer on several maladaptive daydreaming-focused peer-reviewed articles, further explains that “maladaptive daydreaming usually involves the creation of complex fantasy worlds with characters and plots that people return to over and over again and have difficulty limiting (e.g. they have an entire soap opera or television show running through their head, sometimes with generations of characters of their own creation. Other times, the characters are taken from books, video games, movies, etc.).”

“Though maladaptive daydreaming has not yet been officially recognized as a disorder and is not yet included in the Diagnostic and Statistical Manual of Mental Disorders, thousands of people on the internet believe their lives are being hindered by it. For this reason, a team of researchers out of the International Consortium for Maladaptive Daydreaming Research are studying the condition in hopes of more easily diagnosing and treating it.

What are the signs of maladaptive daydreaming?

Okay, so most of us daydream, right? But how do we recognize when our habits turn to the more troublesome maladaptive kind?  Dr. Leela R. Magavi, M.D, psychiatrist and Regional Medical Director for Community Psychiatry, explains that the biggest way to tell if you’re daydreaming is maladaptive is if it’s causing you more distress due to your inability to stop it rather than acting as a relaxing escape.

Maladaptive daydreaming is also usually associated with other mental health disorders, like anxiety, insomnia, and generalized fatigue. “Some individuals may yearn to daydream more, which can exacerbate avoidant behavior and anxiety,” says Dr. Magavi. “Some individuals might also partake in repetitive behavior or movements while they daydream, like exhibiting various facial expressions.”

Bigelsen adds that people experiencing maladaptive daydreaming may also be survivors of childhood trauma or have a social anxiety disorder, Asperger syndrome, ADHD, OCD, or depression. “People can feel like they are never fully present in the real world because they are always on alert and craving precious daydreaming time that they can’t seem to get enough of,” she says.

Ultimately, if your daydreaming is interrupting your everyday life by making you inattentive or unable to perform your daily tasks, you might be a maladaptive daydreamer, explains Dr. Magavi. 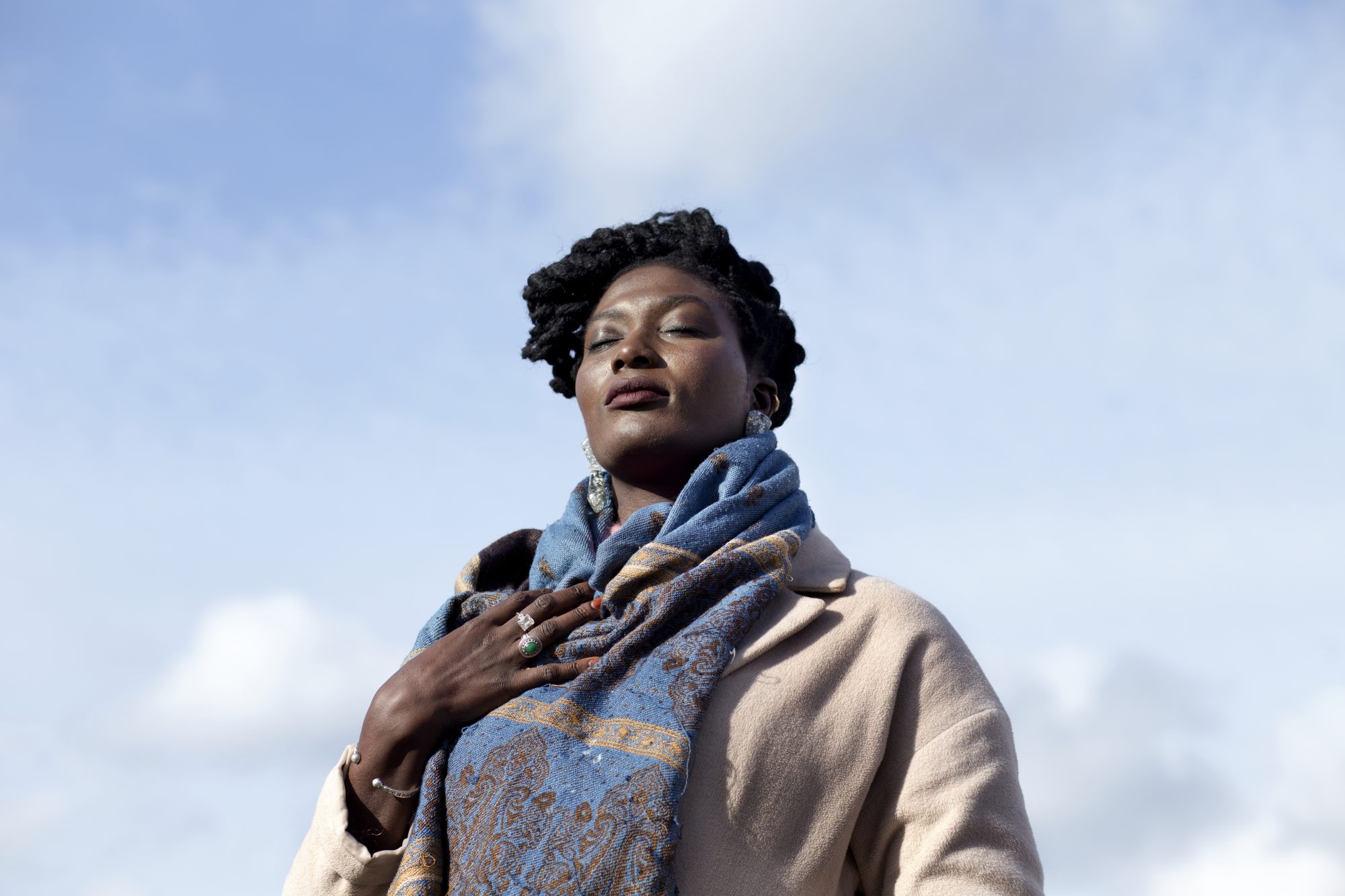 what is maladaptive daydreaming

What’s the difference between normal daydreaming and maladaptive daydreaming?

What’s the difference between manifesting and maladaptive daydreaming?

When understood within the context of the current wellness craze of “manifesting,” daydreaming can be an important part of that vision boarding and intention-setting process: Think about it, and it will come. Daydreaming can even be a space to work through challenges, disagreements, and mental blocks. And, inherently, it feels like an optimistic and hope-driven endeavor.

Just be wary of it not going too far. Though some maladaptive daydreamers are survivors of trauma, Bigelsen notes that a majority are not. The condition stems from “a combination of the addictive properties of the behavior itself and the underlying issues the addiction camouflages or compensates for,” says Somer. “By definition, it is transformed from a potentially beneficial resource to an escapist behavior that can, and sometimes is, purposefully aimed at holding the daydreamer back from the challenges and difficulties of real life.” So, fellow daydream fanatics, take note.

What are the negative effects of maladaptive daydreaming?

Now, studies show that around 96% of healthy adults engage in some form of daydreaming daily. There is joy and creativity in the act of daydreaming. Especially as a writer, the practice of daydreaming can be endlessly generative and productive for my storytelling pursuits. Having a rich inner world, inner monologue, inner reverie can—similarly to the act of reading—increase my understanding of the outer world and my ability to empathize. But that’s not to say there isn’t a downside to spending so much time in fantasyland, disengaged from those actually around us.

Like many other behaviors that release serotonin, daydreaming can become addictive. “Not unlike wine appreciation,” says Somer, “drinking and immersive daydreaming lay on a dimension spanning from mindful and controlled savoring of a mildly intoxicating behavior to compulsive, under-controlled binges that impede normal functioning.” The idea is that if you’re spending so much time inside your own head, you’re missing out on reality, socialization, and productivity.

Because of the absorptive and compulsive nature of fantasy, “maladaptive daydreaming is often associated with distress and an impairment of some important area of functioning and is regularly associated with other mental health issues,” says Somer. It can be a form of dissociating and disengaging in favor of mood enhancement and wish-fulfillment fantasy—in other words, a coping mechanism.

And yet, even if a daydream habit doesn’t verge on maladaptive, there can still be real-life consequences.

Users in online message forums report feeling closer to their crushes through their daydreams than in reality—a phenomenon I myself can attest to—and feeling let down by actual in-person interactions due to the hype and pomp of their fantasies. Somer attests to this experience, describing “the jarring gap” between “the idealized inner world and the avoided reality one has to eventually come to. In many cases, the sobering pain is soothed with even further fantasizing,” he says.

Our proclivity for daydreaming is something to be mindful of. Oftentimes, we turn to fantasy in moments of lack and longing. Somer explains that “the virtual reality apparatus embedded in our brains can provide needed experiences we cannot attain in real life: stable relationships, a loving family, power, physical beauty, success, social status, self-confidence, fame, etc.”

How is maladaptive daydreaming treated?

So, yes there is hope and it is possible for fantasy to be a substitute outlet to keep our imaginations and desires active without causing distress in our everyday lives. “Immersive daydreaming can be a source of positive thinking, relaxation, entertainment, creativity, inspiration, or even spirituality,” says Somer. Even daydreaming in the enhanced fashion of “long, detailed storylines and complex characters” can still be practiced without trouble, shares Bigelsen.

Am I still that starry-eyed girl who can easily get lost in the tales and accomplishments only found in my wildest dreams? Absolutely. But keeping our fantastical inner lives fun, healthy, and productive requires us to ensure that our real lives are just as fulfilled (even if they’re not where we hoped to be right now).