Have you ever caught yourself smiling at a blank wall imagining cheerful scenarios? Ah, that’s very much normal.

Now imagine how it will be like when this daydreaming feat is entitled as a full-time job, especially when it is out of compulsion. It can be mentally and physically perturbing.

If you can relate to this, then you are probably undergoing an absurd yet serious phase of Maladaptive Daydreaming. When you notice the word ‘daydreaming’, you may perhaps dismiss the matter given its futility as a regular episode. However, this peculiarity is not to be taken lightly.

Maladaptive daydreaming can be regarded as a psychiatric condition which removes the individual from his reality to a world fabricated in the realms of complex mental scenarios. Unlike the normal daydreams, this affects the day to day lives of the person.

Almost all such maladaptive daydreamers spend 60% of their waking hours in their imaginary world, fully aware that they are fantasizing and without losing contact with their reality.

What is Maladaptive Daydreaming? 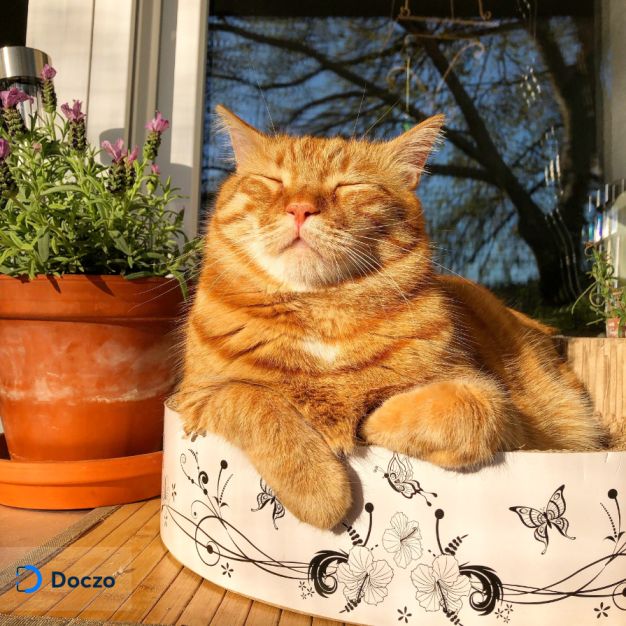 ‘Maladaptive Daydreaming’ was first termed by Eli Somer, Israeli Professor of Clinical Psychology at the University of Haifa in the year 2002. The concept sparked when Professor Eli treated six adults who had been subject to sexual abuse as children and employed imagination to enjoy traits they lacked in real life.

This is a profound condition of unwanted daydreaming which produces a rewarding experience based on a created fantasy of a parallel reality that can be associated with a strange sense of presence. Though the affected individuals can distinguish between dream and reality, even minor real-life events can trigger their compulsions accompanied by stereotypical movements.

The Maladaptive daydream definition given by Somer is the “extensive fantasy activity that replaces human interaction and/or interferes with academic, interpersonal or vocational functioning”. This class of self-induced imaginations acutely differs from normative daydreaming in terms of its quantity, content, controllability, distress, experience, and interference with life functioning.

You might find it hard to believe but there are people around the world who are deeply disorganized because of this disorder. Some people try to describe it by metaphorizing like, ” It was as if I’d lost the remote control and the TV set in my head was running constantly, never turning off.”

Since Maladaptive daydreaming is not a part of the new edition of the Diagnostic and Statistical Manual of Mental Disorders (DSM-V), most of the mental health consultants are not aware of this nomenclature or the existence of a separate class of daydreaming disorder. And the issue is just languidly brushed away by scoffing at the idea that a normal activity like dreaming can cause huge distress.

The present aloofness towards this condition has deprived the victims of proper treatment and are even neglected serious consideration. Though Somer couldn’t add to further study regarding maladaptive daydreaming, this case was later followed by Jayne Bigelsen and Cynthia Schupak whose observations opened paths for newer speculations.

Comorbidity is expected of Maladaptive daydreaming. Therefore, the tests for this compulsive daydreaming are formulated by comprehending the effects of other disorders.

Somer’s Maladaptive Daydreaming Scale (MDS), a 14 item self-report instrument, is designed to gauge abnormal fantasizing. It has statements to compare the presence of OCD, ADHD, general anxiety, dissociative disorder, and similar to understand the intensity of distress.

The five major characteristics of the condition include:

The MDS and its subscales prove to have relevant validity, internal consistency, and temporal stability and hence it is distinguished well between self-identified individuals with and without maladaptive daydreaming

Because of the instrument’s high sensitivity and specificity levels, many people are starting to use it as a scientific measure for the future development of effective MD treatment.

Know the symptoms of Maladaptive Daydreaming

This disorder has been purported based on various case studies. Without proper adjudication, it is difficult to conclude what some symptoms may signify, especially since maladaptive daydreaming is known to coincide with similar conditions.

Such active daydreamers are mostly unbothered of their real-life relationships and activate over 100 imaginary episodes on a daily basis. If it is so, you may be able to discern it by the maladaptive daydreaming symptoms articulated by certain researchers.

If you notice some of these symptoms concurrent in a person, try not to mistake it for any personality disorder. When it comes to MD, the person is self-aware and is doing every activity out of pure compulsion.

Maladaptive Daydreaming as a mental illness

Figuring out if a person has maladaptive daydreaming can be tough for the kin. If you are going through the phase yourself, you would probably know the perks of having a constantly distressed mind.

However, given its non-ascension in the medical context, MD being a sign of mental illness is still arbitrary. From various studies conducted by the field experts, it can be gathered that the maladaptive daydreamers endorsed significantly high rates of obsessive compulsions, dissociation symptoms, depression/anxiety disorders, attention deficit, and increase in negative emotions in response to plummeting positive emotions.

Even though the person might exhibit possibilities of several mental disorders these are generally less psychotic in nature. There are chances for people to mistake it for schizophrenia which is a type of psychosis. As a matter of fact, maladaptive daydreamers can recognize their dreams aren’t real which is opposed to schizophrenics who are confused between real and fantasy.

These individuals are simply incompatible with social interaction. They are completely absorbed by their mental activity which requires utmost solitude in conjunction with kinesthetic activity and exposure to evocative music.

You don’t require a particular reason to dream. It makes you feel good almost always. But when it comes to maladaptive daydreaming, there can be a murky reason for evasive fantasizing.

The studies conducted by Eli Somer and many others have observed several commonalities concerning the onset of MD. Trauma, abuse, sexual assault, loneliness, or any kind of tragic experiences incites a strong urge to escape from all these problems. And the easiest way to escape is by creating a diversion in the mind. This escapist method not only resolves their distresses but also gives them relief by avoiding interaction with their families, friends, and colleagues.

Initially, it starts small, the dreams gain momentum and gradually starts becoming addictive. As the intention is to forget negative experiences, fantasizing mostly involves themes about empowering and compensatory storylines. It feels rewarding and makes them feel better about themselves which, on the contrary, they weren’t able to achieve in real life.

The victims of sexual assault often form emotional attachments with the characters in their dreams in order to replace pain real-life interactions. And their stories need not be interconnected. They repeatedly imagine plots of series which keep evolving constantly.

A self-proclaimed maladaptive daydreamer described to The Cult in 2016, “My character (in the daydreams) was always an enhanced version of myself – thinner, prettier, and greater at everything. This character spent most of the time with another character who loved and nurtured her. They held her when my character and I cried. I and “she” also helped them overcome their past miseries forging strong bonds that have never been broken”. This individual’s guilt of not being able to love her mother is what opened for a parallel dream world to extinguish her inner feelings.

According to Professor Somer, “Maladaptive daydreaming naturally necessitates isolation from others and is almost always accompanied by repetitive body motions, such as pacing or rocking. About a quarter of these individuals had endured childhood trauma and many suffered from social anxiety”. Therefore, isolation and dreaming only serve as resistance from negative emotions.

But as mentioned earlier, the lack of scientific data to claim the etiology of this disorder only disposes the chance of getting the right treatment. As it is still unknown to most therapists, people going in search of help are usually dismissed.

Maladaptive daydreaming as a coping tool

Trauma has a very huge role in developing Maladaptive daydreaming. When your head helps you to forget your mental conflicts for a while, wouldn’t you choose to solve them the easy way?

That’s exactly what daydreaming does. There are people who slip into an uncontrollable cycle of fantasizing which can be looked at as a form of behavioral addiction. This dependency can make things a bit sticky leading to social withdrawal and neglecting aspects of daily life.

Developing maladaptive daydreaming as a coping tool is entirely possible. However, it requires a lot of self-control. Since the prime objective is to have a rewarding experience, you must also have to find alternatives to keep your mind from spiraling without the dreams running in the background. Nevertheless, clinicians or healthcare providers do not recommend this self-treatment procedure as it may simply lead to unsuccessful attempts.

Can Maladaptive daydreaming be cured?

Most of the time when individuals constantly irked by maladaptive daydreaming consult health care providers, they are sent away with no solutions whatsoever. Even after being referred to as a possible disorder, MD is still treated as a neural biochemical imbalance rather than a behavioral addiction stemming from trauma or a void.

Maladaptive daydreaming and OCD have coinciding symptoms directing to a possibility of shared mechanisms. This only instigates a feeling that serotonin levels may be involved. Some maladaptive daydreamers even responded well to fluvoxamine (Luvox) therapy which is normally prescribed for Obsessive-Compulsive Disorder. Utilizing Response Prevention techniques also has significant effects on intercepting unwanted daydreaming.

Apart from these, Maladaptive Daydreaming can be controlled to an extent with the help of Cognitive Behavioural Therapy (CBT) or Talk therapy. This is the signature technique executed for clinical psychological disorders. By direct interaction with the daydreamers, the way of thinking and behavior can be changed. Repeated addressing of problems and vocalizing the inner conflicts will give a concrete idea about their compulsive need to slip into fantasizing.

As observed by researchers, most of the daydreamers express their vehemence in three major factors:

Since these issues are concerning some mental preoccupations and confusion, CBT can help or at least stand a chance.

There are self-diagnosed daydreamers too who can help you with a tip or two to overcome this adversity.

There are a handful of support groups educating and helping people to cope with this stressor and keep maladaptive daydreams at bay. Regardless, it is still an under-acknowledged clinical phenomenon that requires more scientific and clinical attention.

It is actually crippling a lot of people from focusing on their lives and will continue to be a threat unless some treatment protocols are devised. When MD will be listed as a mental disorder, there will be more development in the branch leading to profound details that can bail out the millions living a life sentence of MD isolation.