Paraphimosis is when the foreskin is pulled back behind the tip of the penis and becomes stuck there. The retracted foreskin and the penis become swollen, fluid can build up, and the foreskin is unable to return to its original position.

Paraphimosis should not be confused with phimosis, which is when the foreskin cannot be pulled back from the tip of the penis. Typically, this occurs in younger children and is not usually a serious condition.

Paraphimosis, on the other hand, is painful and a medical emergency that needs to be treated quickly. If ignored, it can affect blood flow to the tip of the penis. In rare cases, this may cause the penis tip to be damaged, or even lost.

How is paraphimosis caused? 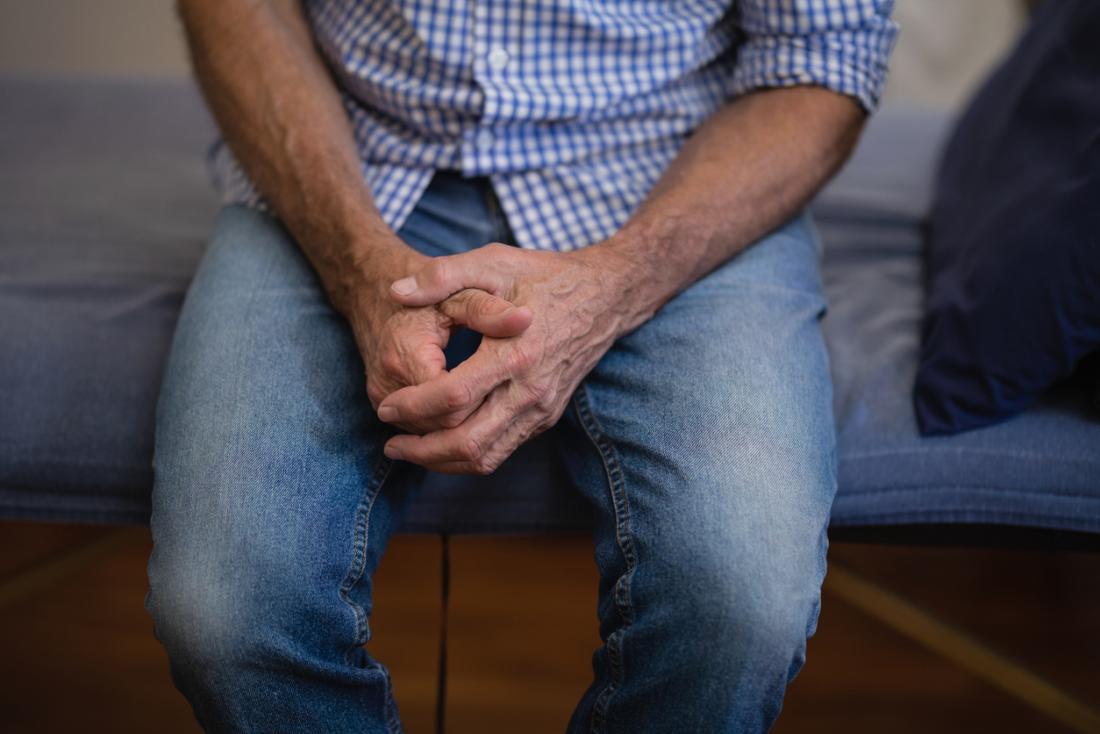 Paraphimosis should be treated quickly to avoid complications.

Paraphimosis can be caused by any of the following conditions or activities:

Paraphimosis can also result from the following medical conditions or procedures:

Paraphimosis in older men is often due to one of the following:

In children, the foreskin does not retract at all until about 2 years of age. Most boys will have a retractable foreskin by the age of 10, and forcibly pulling the foreskin back before it is ready to do so can cause scarring that can go on to cause paraphimosis.

A penile piercing may cause paraphimosis.

Paraphimosis is characterized by the following:

Other symptoms may include:

How is paraphimosis treated?

Pressure is applied to the swollen penis for 5-30 minutes, usually with a saline swab. Ice can also be used. These treatments can compress the swelling, so it is easier to push the penis while pulling the foreskin back into place.

More severe cases might require a small incision or slit in the foreskin to relieve restriction and to allow the swelling to subside. This procedure requires local anesthesia. In some cases, circumcision may eventually be required.

After the foreskin has been retracted, it should be replaced over the head of the penis.

Cleanliness helps prevent paraphimosis, as well. It is important to clean under a retractable foreskin properly. The foreskin should always be returned to its natural position after cleaning.

Paraphimosis may be diagnosed with a physical examination by a doctor.

A physical examination is enough for a doctor to confirm a diagnosis of paraphimosis.

It is usually easy to see and will be characterized by a tight band of foreskin trapped behind the head of the penis.

Sometimes, however, this constricting foreskin band can be completely hidden by surrounding swollen tissue.

As part of a diagnosis, a person will usually be asked some question to establish background information, including any symptoms, problems, or activities relating to the penis or foreskin.

Additional tests are usually not required to confirm a diagnosis. During an examination, a swab may be taken to pinpoint the type of infection that caused the paraphimosis.

If there has been a circumcision, or removal of the foreskin, this will rule out a paraphimosis diagnosis.

In severe cases, or if the paraphimosis is untreated, the following complications can occur:

Risk factors for having paraphimosis include a person’s age. The condition can occur at any age but is most common in adolescence.

The outcome is likely to be excellent if the condition is diagnosed and treated quickly. A small amount of bleeding can occur, as the skin is retracted, but long-term negative outcomes are rare.

Recurrence of paraphimosis can be fairly common. Circumcision can prevent a reoccurrence once the swelling has subsided.

If paraphimosis is left untreated, serious damage can occur, including loss of blood flow and potential loss of the tip of the penis.