Home Old Recurrent UTIs: Should You See A Specialist? – GoodRx

Urinary tract infection, or UTI, is a common problem in women. It occurs when bacteria enter the body through the urethra (the tube that carries urine out of the body from the bladder) and spread through the urinary tract. UTI most commonly affects the bladder (a condition called cystitis), causing painful urination and feelings of needing to go urgently and often. It is easily treated with antibiotics in most cases. Some women, however, are prone to getting UTIs more frequently than others. Read on to learn more about recurrent UTI. 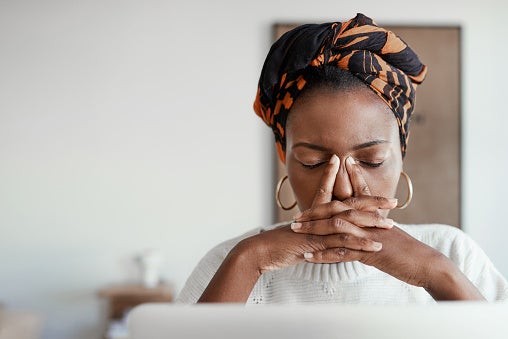 How common are UTIs?

UTIs are one of the most common bacterial infections out there, and they are more common in women than men. In fact, 40% to 60% of women are likely to have at least one UTI in their lifetime. Approximately one-third of women will experience another UTI within months of their first UTI.

Recurrent UTI is defined as three or more UTIs in one year, or more than two UTIs in 6 months. Research has identified some risk factors that make a woman more likely to have recurrent UTIs. Having any of the following could put you at greater risk:

In women who have gone through menopause, the decrease in estrogen can increase the risk of recurrent UTI. Other risk factors in post-menopausal women include diabetes, having UTIs in the past, and not being able to completely empty your bladder.

What is the difference between chronic and recurrent UTIs?

The word “chronic” (which means constant or continuing for a long time), is sometimes used in place of the word “recurrent.” This can be confusing. Chronic UTI means there are ongoing symptoms even though the infection has been treated. This is different from recurrent UTIs, where the symptoms go away in between infections.

Some experts believe that in chronic cases, UTI symptoms persist because bacteria continue to infect the urinary tract even if they don’t show up on urine tests. They suggest that ongoing UTI symptoms with white blood cells in the urine (a sign of infection) should be treated with antibiotics, even if bacteria are not detected. Research on chronic UTI is ongoing.

Can recurrent UTIs be a sign of something more serious?

Although some women are prone to recurrent UTIs, this doesn’t necessarily mean something serious is going on. If you’ve had a UTI before, and you’re familiar with the symptoms, you’ll probably recognize it when it comes back. In fact, experts believe self-recognition of UTI is about 85% accurate.

That said, you should listen to your body if it’s telling you something different. Some additional signs and symptoms could mean something else is going on, such as:

If you have any of these in addition to usual UTI symptoms, contact your healthcare provider right away. These could mean you have a more serious infection or a different type of infection.

When should you see a specialist for recurrent UTIs?

Recurrent UTIs themselves don’t mean you need to see a specialist. However, there are certain situations that could indicate something else is going on. You might need further testing if:

Be sure to tell your healthcare provider about previous UTIs and any lingering symptoms after treatment. They can determine if more testing is needed or if you need to see a specialist.

How do you diagnose recurrent UTIs?

Episodes of recurrent UTI are diagnosed in the same way as the first UTI. The symptoms are the same (pain with urination, needing to pee suddenly and often), and urine testing can confirm the diagnosis.

If you have another UTI within 2 weeks of the last one, it might mean that the last antibiotic didn’t work. You will probably be asked for a urine sample to send for culture. This is a test to see exactly the type of bacteria that grow from your urine, as well as which antibiotics will work against the bacteria.

Imaging tests are usually not needed unless you have other symptoms or your healthcare provider suspects you have something blocking the flow of urine (such as a stone).

What is the treatment for recurrent UTIs?

How many days you’ll have to take the antibiotics depends on which one is prescribed, but it’s usually 1 to 5 days. If you get a prescription for antibiotics, be sure to take the whole course. Don’t save any pills for later or share them with a friend. Let your healthcare provider know if you don’t start feeling better after a couple of days of antibiotics.

How do you prevent recurrent UTIs?

For women with recurrent UTIs, regular antibiotic use (even without symptoms) can prevent UTIs. This is called antibiotic prophylaxis. Sometimes this means taking an antibiotic every day. Some women can tell that they get UTIs only after sex, so they take an antibiotic each time they are sexually active.

It’s not clear how long antibiotic prophylaxis should go on, and taking antibiotics for a long time can cause antibiotic resistance. If you have recurrent UTIs, speak with your healthcare provider about the best option for your situation.

Aside from antibiotics, there are also several things you can do to prevent UTIs. These include drinking plenty of water each day, emptying your bladder right after sex, and using contraception that doesn’t involve spermicide. Vaginal estrogen therapy can help reduce UTIs in women who have gone through menopause. You can read more here about preventing UTIs.

Was this page helpful?

Get prescription saving tips and more from GoodRx Health. Enter your email to sign up.